Paul told his girlfriend that she drew her eyebrows too high. She seemed surprised.

I have the heart of a Lion, and a lifetime ban from the San Diego Zoo.

What did one orphan say to the other?

“Robin, get in the Batmobile.”

Did you hear the rumor going around about butter? Never mind, I shouldn’t spread it.

What do you get when you cross a dyslexic, an agnostic, and an insomniac?

Someone who lies awake at night wondering if there is a dog.

And God said to John, “Come forth and be granted eternal life.” But John came in fifth and won a toaster.

What happened to the cow that jumped over the barbed wire?

Because in charge of scheduling, Yoda was.

Sometimes I just tuck my knees up to my chest and lean forward. Because that’s how I roll.

Working in a mirror factory is something I can totally see myself doing.

I came up with a new word yesterday: Plagiarism.

I broke my finger last week. On the other hand, I’m okay.

Ever look at a piece of chinese text and say to yourself, “It’s Greek to me”?  Well it’s not. It’s Chinese!  This TED Talk on Chineasy shows students 8 symbols to begin understanding Chinese.  If it’s this easy to learn something new in an Advisory class, how hard can the rest of the day be?

Your eyes don’t always capture the world exactly as a video camera would. But the eyes are remarkably efficient organs, the result of hundreds of millions of years of coevolution with our brains. Michael Mauser outlines the similarities and differences between your eye and a video camera.

Since this is an EdTed, it includes follow up.

I was recently reading the February, 2015 issue of “Science Scope,” a magazine written for middle school science teachers, published by the National Science Teachers Association.

In this issue, I read the Guest Editorial written by Kristin Kandel and Natalie Brew, entitled “Our Science Story: When Science Inquiry Meets the Common Core.”  They explain, in this second part of a two podcast series, what their interactive science journal, for middle school students, actually looks like. For more information on the journal, contact Kristin Kandel at kandelk@ewsdonline.org

Highly effective classrooms can result from highly effective professional development. Recent research (Butler et al., 2004) has shown that effective professional development includes creating classroom content, modeling techniques for teachers to use in their classrooms, and feedback on lessons (Harris, Graham, and Adkins, 2015). It’s not enough to teach the right things to your teachers — you have to teach your teachers in the right way.

Here are some top tips for delivering highly effective PD to your teachers. 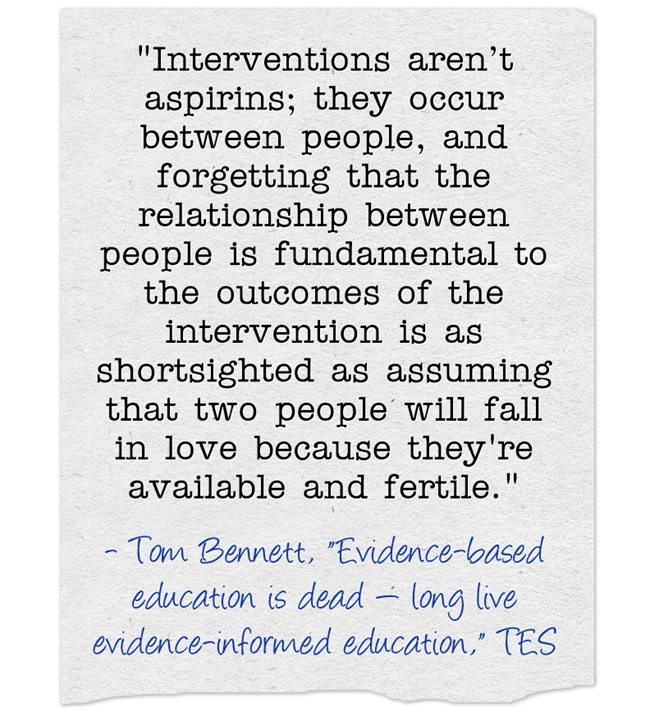 To help our community get the most out of Storyboard That, we have worked tirelessly to create world class teacher guides. With these guides your students will rapidly master concepts and have fun doing it!

Idiom: a manner of speaking that is natural to native speakers of a language

Every language has its own collection of wise sayings. They offer advice about how to live and also transfer some underlying ideas, principles and values of a given culture / society. These sayings are called “idioms” – or proverbs if they are longer. These combinations of words have (rarely complete sentences) a “figurative meaning” meaning, they basically work with “pictures”. 3 Tips to Make Any Lesson More Culturally Responsive (and it’s not what you think!)

In short, more education would be great news for middle and lower-income Americans, increasing their pay and economic security. It just isn’t up to the task of meaningfully reducing inequality, which is being driven by the sharp upward movement of the very top of the income distribution.

“Good. What comes after three?”

“What comes after six?”

Anytime you see a young man open a car door for his girlfriend, either the car is new or the girlfriend is.

Q: What do you get when you cross a snowman with a vampire?

Two Antartians were speeding down the highway at well over 90 mph.

“Hey,” asked Bob, who was at the wheel, “any cops following us?”

Henry, his passenger, turned around and had a long look at the road behind them.

“Are his flashers on?” asked Bob.

I was recently reading the February, 2015 issue of “Science Scope,” a magazine written for middle school science teachers, published by the National Science Teachers Association.

In this issue, I read the Guest Editorial written by Kristin Kandel and Natalie Brew, entitled “Our Science Story: When Science Inquiry Meets the Common Core.”  They explain, in this first part of a two podcast series, why they developed an interactive science journal for their middle school students.

The results suggest that 12-min of aerobic exercise improved the SVA of low- and high-income adolescents and that the benefit lasted for 45-min for both groups.

Finland already has one of the best school education systems. It always ranks near the top in mathematics, reading, and science in the prestigious PISA rankings (the 2012 list, pdf) by the Organisation for Economic Co-operation and Development. Teachers in other countries flock to its schools to learn from a country that is routinely praised as just a really, really wonderful place to live.

How to Create a Multi-faceted BackChannel

A few weeks ago I reviewed a new backchannel/ message board tool called Tozzl. Then two weeks ago I had this horrendous experience with TodaysMeet. As a result I’m switching to using Tozzl for most of my backchannel needs. Tozzl allows me to create sections for chat, file sharing, and YouTube videos within one backchannel. I can also import the feed of a Twitter hashtag into my Tozzl backchannel. In the video embedded below I provide a demonstration of how to create a Tozzl backchannel.

NEW FROM SMITHSONIAN: A FREE K-12 RESOURCE FOR TEACHERS!

Join over 200,000 registered teachers who are already putting these free Smithsonian Teacher tools to use in their classrooms.

MAKE YOUR HUGE PHOTOS EVEN HUGER WITH AN ENGINEER PRINT MURAL

For a Million Dollars, You Could at Least…

Lower the barrier to using Moodle by making Moodle look and act more like a social network. Posts are done in reverse chronological order. You still have the full power of Moodle when you need it though.