Why was the broom late for work?
Did you hear that Oxygen and Magnesium are going out?
Did you hear about the two antennas that got married?
What is ET short for?

From rotary to Siri: How the phone numbering system came and went

The recent death of John E Karlin of Bell Labs, the father of the push-button phone and other innovations, has sparked a lot of reminiscing about land line phones. According to the New York Times, Karlin was also “the most hated man in America” for killing the named exchanges (like Butterfield 8). However the story of how our phone numbers got to be the way they are is a much longer and more interesting one.
In 1950 it got really interesting, with the introduction of area codes. The designers wanted to minimize the number of numbers people had to dial, so all the area codes were set up to have 1 or 0 as the second number. The switches were set up so that if first number dialed was a 0 then it went to operator. If the second digit was 1 or 0, then it was an area code. If the second number was another number, then it knew it was a local rather than long distance number. That’s how it was going to distinguish between 7 and 10 digit numbers.
http://www.treehugger.com/gadgets/number-crisis-world-zone-1.html

The magic of physics can turn the mundane into something marvelous. Mark French, a mechanical engineering professor at Purdue University, designed a supersonic air-powered ping-pong ball cannon that shoots the lightweight object at speeds so fast I would consider the device a lethal weapon of science.
A ping-pong ball reportedly blasts out of the special cannon at speeds equivalent to Mach 1.23 — nearly as fast as an F-16 fighter jet.
http://news.cnet.com/8301-17938_105-57569069-1/bazooka-shoots-ping-pong-balls-at-mach-speed/

In celebration of the upcoming premiere of DinoFish on Nat Geo Wild (Sunday, April 1, 10pm EST/PST), I’m excited to present the first of what we we hope will be a long series of comic strips by Dr. Byron Beekle.  We will be presenting a whole series of these comics today and through the weekend, we hope you enjoy.
http://tvblogs.nationalgeographic.com/2012/03/30/amazing-ocean-facts-premiere/

Learning Creative Learning is a course offered at the MIT Media Lab. It introduces ideas and strategies for designing technologies to support creative learning. This semester, for the first time, P2PU and the Media Lab are working together to bring the course online. We are opening up the seminars, course materials, and hands-on activities to anyone with a computer and Internet access. It’s a big experiment, we expect to learn a lot, and we hope you’ll enjoy it.
What you are looking at here is a BIG experiment. For the first time, we are opening the course to online participants. In the spirit of learning and technology, we hope that participants will jump in as collaborators rather than passive recipients. We want to tinker together. Things will break, but we are committed to fixing them along the way. We invite you to break and fix them together with us.
http://learn.media.mit.edu/

The Shame of Smell…

Blend into the environment

Things that fit perfectly into other things

I was recently reading the January, 2013 of Science Scope, a magazine for middle school teachers, published by the National Science Teachers Association.  In the magazine was an article entitled, “Using Interviews to Explore Student Ideas in Science,” written by Rosemary Russ and Miriam Gamoran Sherin.  The focus of the article is that educators need to be aware of what children already know because teaching that builds on students’ existing ideas and is likely to produce robust and meaningful learning.

Keep up the great work,
Dave
PS — Loved the magic trick idea in the last podcast and how it helps with spelling.

A Dress-Code Enforcer’s Struggle for the Soul of the Middle-School Girl – Jessica Lahey – The Atlantic http://flip.it/6Onv0  #fhupsy306

* amber mac ‏@ambermac
GTA: talking the coolest fitness gadget around on @1045CHUMFM this morn 825am 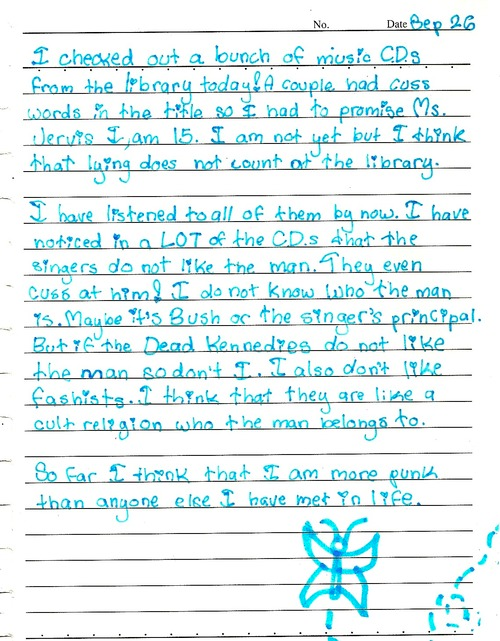 A Periodic Table of Visualization Methods

We make iPhone, iPod and iPad apps as well as browser extensions that declutter the video viewing experience.
http://clea.nr/

Make your own space.
https://www.dio.com/

One in five U.S. adults shows signs of chronic sleep deprivation, and a shortage of sleep has been linked to health problems as different as diabetes and Alzheimer’s disease. Recent studies have found some interesting connections between illness and what is happening in our brains as we snooze.

« MSM 234: There is a squirrel eating your internet connection. » MSM 236: A Quandary, 200 calories and Cross Cutting Concepts of Baby Food