“Who here thinks they can jump higher than the goal posts”

The coach then said, “But Johnny you are the worst in the team!”

Then Johnny said, “I know, but goalposts can’t jump!”

There was a pause before a pupil raised his hand and said he could make a sentence with them; “The cow jumped over defense and detail went over defeat.”

A distraught older woman is looking at herself in the mirror and crying. Her voice shakes as she says to her husband, “I’m so old. I’m so fat. I look horrible. I really need a compliment.”

Her husband, determined to quickly give his beloved the comfort she needs, exclaims, “Well, you have good eyesight!”

I intend to live forever – so far, so good.

In Australia, a race was proclaimed, with a huge payoff for the winner. The one stipulation was that only ostriches were allowed to run the race. A fellow decided to enter, but not having an ostrich, and hearing that the fastest ostrich in the world was the mascot of the local police department, he stole the bird and entered the race. As luck would have it, when the pistol shot went off to start the race, the ostrich buried its head in the sand and the fellow lost the race.

Take it from an expert: It’s weird to hear how your voice really sounds. But why does it sound different to you than everyone else. Hank explains — in a deep, resonant voice.

*Warning the *H* word is used.

Children all over the world eat cornflakes and drink chocolate milk, of course, but in many places they also eat things that would strike the average American palate as strange, or worse.

“The idea that children should have bland, sweet food is a very industrial presumption,” says Krishnendu Ray, a professor of food studies at New York University who grew up in India. “In many parts of the world, breakfast is tepid, sour, fermented and savory.”

I was recently reading the September, 2014 issue of “Science Scope,” a magazine written for middle school science teachers, published by the National Science Teachers Association. 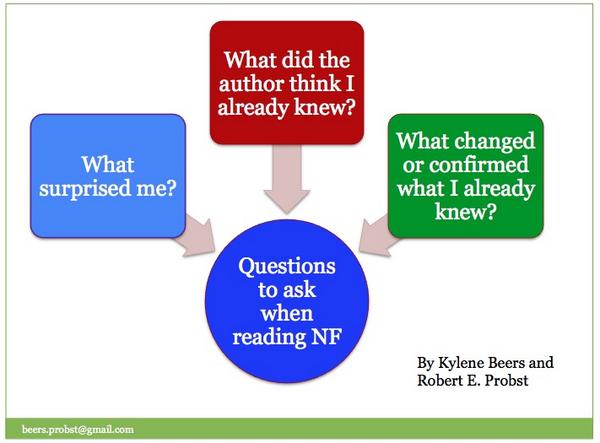 Coding is the new literacy! With ScratchJr, young children (ages 5-7) can program their own interactive stories and games. In the process, they learn to solve problems, design projects, and express themselves creatively on the computer.

“Recharge the optimism that made you an educator in the first place!  School is where students and staff should feel safe, engaged, and productive – and choosing optimism is the first step toward restoring healthy interactions necessary for enacting real change.”