Due to the quarantine, I’ll only be telling inside jokes.

What do you call a group of men waiting for a haircut?

My landlord wants to talk to me about how high my heating bill is.

An elderly couple was in church. The wife turns to her husband and whispers, “I’ve just let out one of those silent farts, what do I do”?

The husband replied, “Change the battery in your hearing aid”.

A priest, a minister, and a rabbit walk into a blood bank.

I told my wife to she should embrace her mistakes.

A friend went to a for a job interview. He was offered a glass of water. He filled it until it overflowed a bit.

The interviewer asked if he was nervous.

I’m really looking forward to 2033. That will be the beginnings of the quaranteens.

I bought my friends an elephant for their room.

My friend keeps saying “cheer up man, it could be worse. You could be stuck underground in a hole full of water.

Finland has closed their borders. 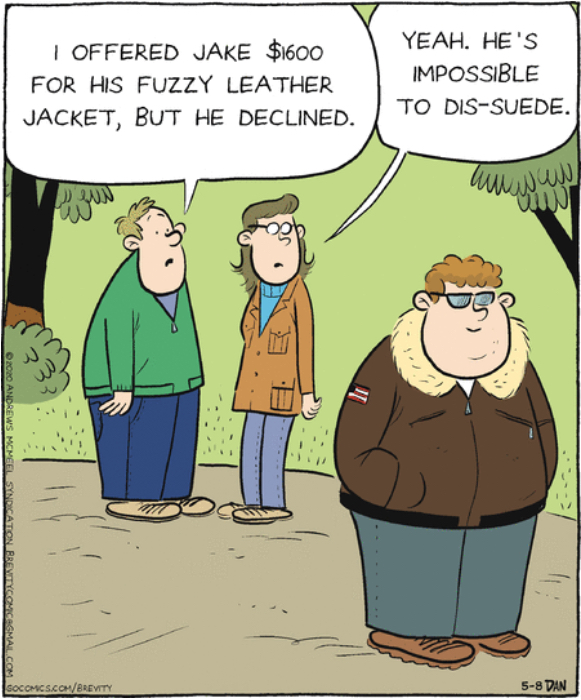 I was recently reading the March, 2020 issue of “The Science Teacher,” a publication of the National Science Teaching Association.

In this issue, I read the Focus on Physics column “Being Unique or Being Identical,”  written by Paul G. Hewitt.

Reports from the Front Lines

I recommend students read their online textbooks with a yellow background to re-create the experience of using a highlighter to mark every word they see.

Be there or be square! Or watch the recording later, squares are cool. Live stream starts at 3! http://youtube.com/watch?v=IgapZ_1_QMQ… #mihistoryday2020

Welcome back to school

Look for your host, Todd Bloch, to have a middle school topic all ready to go!  Make it a strategic part of your personal professional development.

Jim Henson and Muppeteers show kids how to make puppets from simple things like socks. This video aired on Public Television in 1969, prior to Sesame Street, on Iowa Public Television’s “Volume See” kids’ show.