MSM 528: Take Your Victories Where You Can…like Maybe British Columbia

Shawn and Troy discuss what is going on. They discuss self-assessment, field trips, and more. Dave discusses language in science.

Have you tried blindfolded archery?

What bigger than a tuna?

What rock group has four guys who don’t sing?

I dreamed someone broke into my apartment and stole all my stuff. Then replaced it with exact replicas.

I asked my roommate does something seem different to you this morning?

How do cats make coffee?

I had to stop going to the chiropractor.

How do you tell when you are out of invisible ink? 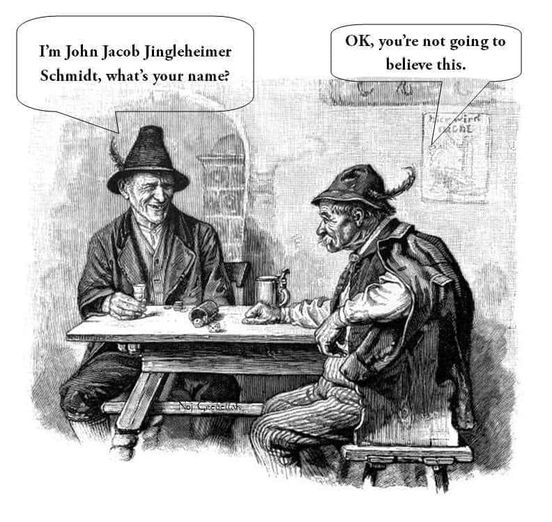 My friend is dating a guy who is crossed-eyed. I don’t think that it’s going to work out.

How much does Santa pay to park?

I was recently reading the November/December 2021 issue of “Science & Children” a publication of the National Science Teaching Association.

In this issue, I read an article entitled “Why Do Certain Terms in the Language of Science Cause So Much Confusion?” written by Matt Bobrowski.

Language in the science classroom includes both technical/scientific terms and non-scientific words.  Some problematic words include theory, law, and hypothesis.

Reports from the Front Lines

Need some stocking stuffers for the middle school educators in your life? Shop the AMLE store by Dec 17 & receive 20% off your purchase, including The Successful Middle School: This We Believe and pre-orders of our newest titles. All orders also include a free AMLE tote bag.  https://twitter.com/AMLE/status/1469381492052791296/photo/1

We’ve reached the point of the school year where teachers look to long-term weather forecasts desperately looking for a potential snow day.

Parents – you are not helping your child when they get in trouble at school and you respond by saying next time don’t get caught. Time to support schools, teachers and your child. Ownership of responsibility is critical to the success of a child.

“…human error is described as the reason for 94% of crashes – it’s called “the critical reason.”  But, as the article goes on to explain, the real cause of most crashes are systemic issues like road an vehicle design.”

“the idea that human error causes nearly all crashes is a useful talking point.”

Schools, and their teachers, are held by many in the public to be primarily responsible for student success or failure, even though research has constantly found outside factors, including institutional socio/economic ones like racism, have been found to be the primary influencers of academic achievement

Where Do We Find The Time? – AMLE

“Many schools aren’t designed for teaching. Most are designed to protect the status quo, emphasizing curriculum’s traverse and compliance more than solid student learning that lasts. Entering our third decade of the 21st century, we know this entrenched cattle call from class to class limits student learning. We know we can do better.”

A broad range of factors continue to determine the movement of people. They are either voluntary or forced movements as a result of the increased magnitude and frequency of disasters, economic challenges and extreme poverty or conflict. Approximately 281 million people were international migrants in 2020, representing 3.6 per cent of the global population.

All these will significantly affect the characteristics and scale of migration in the future and determine the strategies and policies countries must develop in order to harness the potential of migration while ensuring the fundamental human rights of migrants are protected.

What it is: The US surgeon general issued an advisory this week, warning of a massive mental health crisis amongst young people, including an increase in suicidal ideation, depression, and anxiety.

Slang of the Week:

“This would have been my thirteenth reason.”: A phrase used mostly on social media as an irreverent nod to the Netflix show 13 Reasons Why; indicates that something is so dumb or offensive that it’s enough to push someone into a mental health abyss.